Just the title of the book will capture you and trigger all sorts of imaginations. ‘Whitney, My Love’ isn’t like any other book, but a must-read you should embark on soon. The book is currently one of Judith’s best or probably the best romance book she has ever written. The Westmoreland saga episodes are quite unique in their unending tales of romance. The book has been discussed several times, and you might have come across it, but never knew what it was all about.

At this juncture, we are going to move miles into Judith’s stylish novel with a love so strong that it captures the surrounding of the reader. 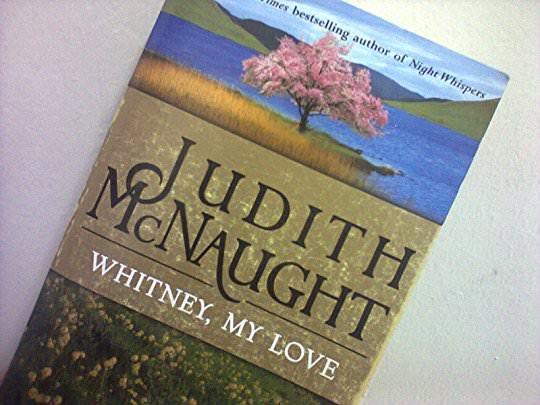 A Precise look at the novel

The Westmoreland Sage #2 introduces us to a character named Whitney Stone. Yes, it is not the music icon you knew, but another type of Whitney. Judith’s Whitney has just returned to England from her grand achievements ready for the next chapter of her life. Headstrong to win the heart of the only man she loves, she all raves about their future. Unfortunately, her father has already prepared someone for her, and it is the arrogant Duke of Claymore. Whitney is the price for something we are unaware of. Can she head back to England, elope with her childhood sweet, or surrender into the peculiar hands simply because he is a duke? Whitney, My Love!

You will question yourself as to why you like the book, but here are the reasons. Judith’s book displays a childish Whitney, whereas Clayton is arrogant and a total jerk. You may have taken a side already, but both characters have some level of stupidity that you only learn as you proceed with the book. In the beginning, Whitney’s character seems spunky, impulsive, rude, immature, and troublesome.

In the earlier chapters, the spunky Whitney happens to take her turn on Clayton by throwing a riding crop at him. Accidentally, it hit a horse which turns aggressive and bitter. This is something stupid and good enough, Whitney realizes so immediately.

Then we head to Clayton, the would-be prince charming, but totally the opposite. Although arrogant, he is a slow learner. Two times, Clayton leaps to stupid conclusions about Whitney and his actions are disastrous. Instead of digging his own truth or leaving the gossip, he decides to believe the words of a woman who hates Whitney. Out of stupidity, he decides to rape Whitney. With time, the two reconcile and get married. Now a married couple, Clayton happens to find a note written by Whitney during their nonsense days. From the note’s point of view, it indicates that Whitney was pregnant with another man’s child before she turned to Clayton as her lover.

With this, Clayton’s comprehension about Whitney is completely different and who is to blame? Why didn’t Whitney throw away such a sheet that only produces hurricanes, If Clayton gets mad at her, is he wrong? What did she intend to do with the paper? You will wonder as you read the book. As a reader, you will totally jump off the hook and gather the two into a den. This probably will teach them how to value and respect their marriage. However, when we are to take the writer’s side, you learn that she wanted to illustrate the humanity of the haracters. Love is illustrated between people, and it comes with misunderstandings, impatience, patience, stupidity, and all sorts of unbelievable.

Fighting for love is witnessed in waking life, but Whitney’s fight is both enticing and heartbreaking. She extends her arms to Clayton’s neck as she cries out brokenly. Swearing, Clayton pulls her arms off his body as she cries out- please, please don’t. At that point, it could only be Clayton to remember how Whitney has been so patient with him, but..!

His hands instead touch her waist to push her off. Not willing to give up and she timidly touches her tongue to his lips, hoping that he will like the kiss. The arrogant guy goes viral, and it seems like whatever Whitney does, she is only pouring water into a basket. Download Whitney My Love PDF eBook from aazaebooks.com to catch up with the crumbling romance.

What can best describe love? Well, why do we fall into it and then fall out of it? Is there any way of remaining in it? Maybe we can all pick a leaf from Whitney and Clayton. From a closer look, you learn that the two are different, but their love soars above everything. Clayton is a rigid guy and one of those who still enjoys the world even though committed. His woman is patient, kind, although still a young lady.

The things that bond them together are the actual things that tear them apart. Take a foot back to the rape scene, then to the riding crop, they are two fellows who enjoy their childishness, yet easily forget them and hurt each other out of stupidity. Just like in many other books, Clayton and Whitney are deeply in love with each other but fail to work minor things out. Of course, in love, you find laughter, kisses, a bed of roses, and storms. But all in all, you can Whitney, My Love the Westmoreland Dynasty Saga book that is another version of true love, bringing us charming characters. This is regardless of their stupidity or charming nature.

Notable Comments About Whitney, My Love!

The book generally holds a number of positive reviews. The book can also be termed as a bullet to the head for some who may happen to be in love. However, there are others who failed to totally reach what McNaught was trying to indicate. Yeah, such things happen, but a foot back at the beginning of the book can make you fall in love with the novel again.

Other fans loved the cover, and ideally, I also give credit to McNaught. All her covers are simple, yet seductive and leave much to the imagination. Of course, you will enjoy the PDF Book more once you first take a look at her covers. There you go fans- Whitney, My Love on the knob!.

Finding the best price for online shopping every day

3 indications you might claim the case for a personal injury

5 Most important tips to train the employees with an iPad

How to survive a toxic work environment?

Brexit is commercial, not personal

Walt Disney’s Summer Roller Coaster!. Here is Every Detail You Must...